An overview of the CBA's activities in connection with the 15th anniversary of its establishment, celebrated this year, as well as highlighting the essence of cooperation and mutual contacts were the key elements of an international conference organised on the initiative of the Head of the Central Anti-Corruption Bureau. Due to the COVID-19 pandemic, the meeting was held online.

On the initiative of the Head of the CBA, an international conference was held, which initiated the official ceremonial celebration of the 15th anniversary of the Central Anti-Corruption Bureau.  Due to limitations caused by the pandemic, the meeting was held online.
While welcoming the guests, the Head of the CBA emphasised that the fight against corruption is a fight against a global opponent which knows no legal, systemic, geographical, linguistic or cultural limitations. Therefore, cooperation with other institutions - through information exchange and daily working contacts -  is an important part of the CBA's work. The Head of the CBA quoted the words of Henry Ford: “Coming together is a beginning. Keeping together is progress. Working together is success.”  Thus, he emphasised that effective, in many cases long-standing cooperation of services or institutions, is based on these three pillars. Success in the fight against corruption can only be achieved through cooperation.
Deputy Head of the CBA Bogdan Sakowicz read out a letter from the Coordinator of Special Services Mariusz Kamiński addressed to the participants of the meeting. Minister Mariusz Kamiński emphasised that the idea to create the CBA stemmed from the urgent need to strengthen the fight against corruption. The statutory premise was the belief that the effectiveness of prosecuting corruption offences should be improved, but also that the awareness of society regarding the need to fight corruption should be strengthened. In the last 15 years, the CBA has dealt with the most serious corruption offences. The coordinator of special services emphasised that from the very beginning, the cooperation with foreign partners had been actively developed. He also expressed his conviction that after 15 years of its operation, the CBA is a key institution ensuring Poland's economic security, the security of its citizens and protecting the interests of the State.
The Director of the Cabinet of the Head of the CBA presented a summary of the CBA's activities in the last 15 years. The Director of the CBA Analysis Department presented the achievements and challenges faced by the CBA in the area of its analytical activities.
The symposium was attended by representatives of the institutions and law enforcement authorities cooperating with the CBA daily. Representatives of Polish special services and the Police, as well as foreign partners cooperating with the CBA regularly were among the over 50 participants.
During the conference, the Head of the Lithuanian STT emphasised the importance of mutual cooperation, exchange of best practices and professional standards due to the fact that, as Baltic countries, we faced similar challenges in the region.
A representative of the European Financial and Economic Crime Centre, established last June as part of EUROPOL, also took the floor and on behalf of the Executive Director Catherine De Bolle congratulated on the 15th anniversary of the CBA. He emphasised that corruption affects the whole system, it is like cancer that spreads through the body, clearly affecting different areas and growing uncontrolled. He pointed out that everyone must make the fight against corruption a priority.
The Head of the Ukrainian NABU congratulated the CBA on its 15th anniversary and highlighted that the Bureau was the first foreign institution with which they signed a memorandum of cooperation in 2016. As he noted, since then, mutually supporting each other, the two services had jointly conducted numerous investigations, both on the territory of Ukraine and Poland. Thus, he expressed his expectation to continue this cooperation.
The FBI representative emphasised the importance of mutual cooperation, appreciating the CBA's activity in that field. He noted that the CBA was one of the agencies which could be counted on. He remarked that the cooperation between the CBA and the FBI had been undertaken in various fields, not only law enforcement but also in terms of sharing expertise and participating in training programmes.
Congratulations on the 15th anniversary of the CBA, thanks for the cooperation, and wishes of future success were also expressed by the Director General of the DGA of Romania, the Deputy Director of the Latvian KNAB, and a representative of OLAF.
The CBA cooperates with numerous international organisations and law enforcement authorities from other countries. The cooperation aims to exchange best practices, to deepen knowledge on corruption phenomena, solutions and instruments which are in operation abroad, as well as the current exchange of information related to operational and investigative activities carried out by services of other countries. So far, the Bureau has obtained approval for cooperation with 54 countries and 13 international organisations.
Each year, the Bureau provides information on the activities undertaken within the framework of international cooperation in a report on its annual activity, published on the website cba.gov.pl.
Public Relations Division of the CBA 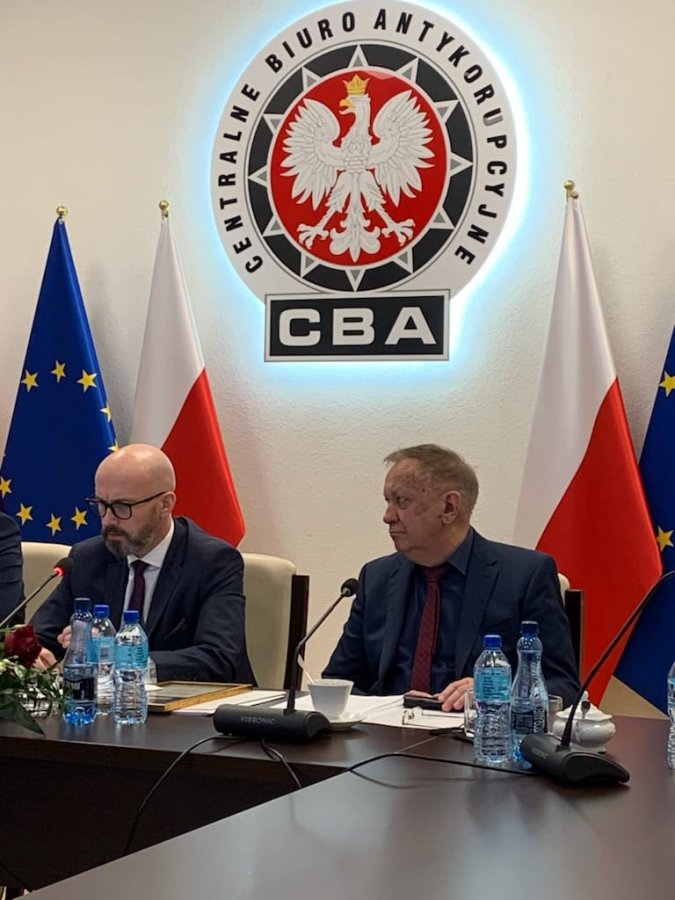 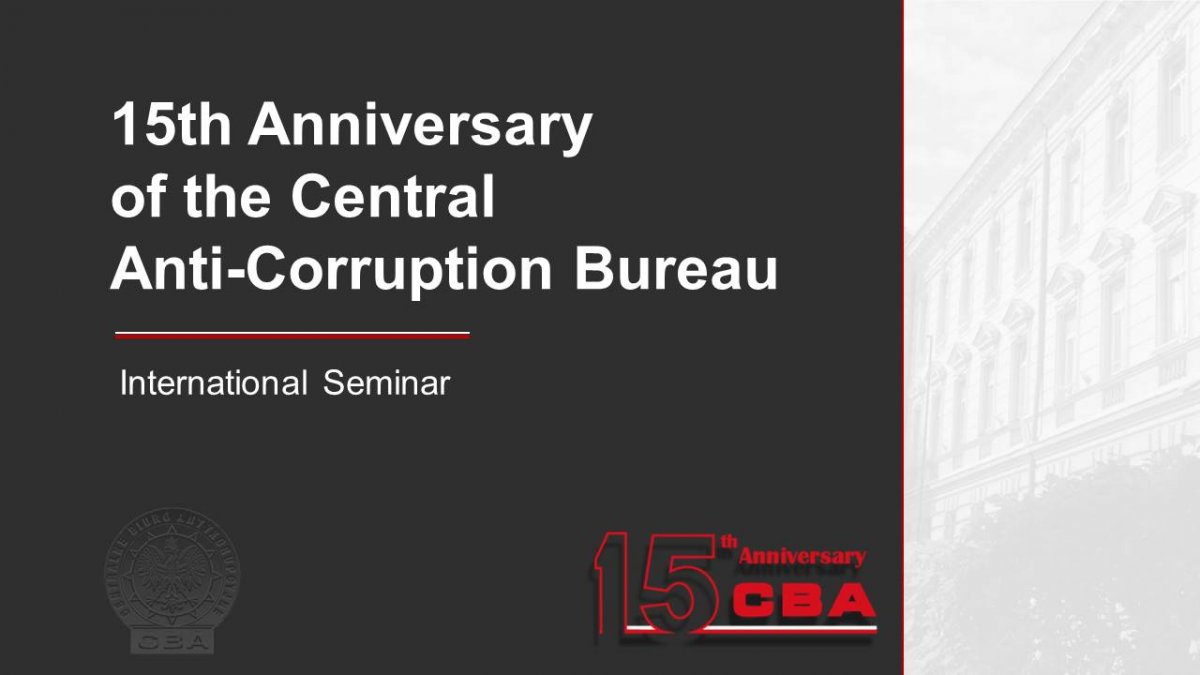